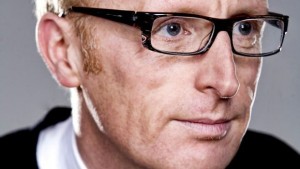 Balfron is gearing itself up to host the 7th Mulberry Bush Montessori Balfron 10k road race on Sunday 28th April at 11am. Already voted the number one 10k in Scotland, by readers of Runners World, almost 700 runners will take part along the scenic route in the shadow of the Campsies.

Race Director Colin Mendam said “We are thrilled to announce that Radio and TV broadcaster Bryan Burnett will start and run the race this year. Bryan is a really keen runner and well known for hosting BBC Radio Scotland’s popular drive time music show “Get it On”. He is also the voice behind some of the biggest sporting events in the country from his role as commentator for The London Marathon and the Great North Run.”

Bryan Burnett has competed in races around the world, including 10 marathons, many of them as part of the Daffodil team raising valuable funds for Marie Curie Cancer Care. He said “As a runner I’ve wanted to do the Balfron 10k for years but it always clashed with work commitments. I’m delighted to finally get the chance to compete. My colleagues at Radio Scotland always rave about it, so I can’t wait to try it for myself. He added “ I’ve been lucky enough to work on some of the biggest races in the world including the Olympic marathon so I am really interested to find out why this village 10k has been voted one of the country’s best races to do. I have been training throughout the wind, rain and snow – so I’m really hoping that by the time 28th April comes around I’ll get the chance to run in the sun”

The Mulberry Bush Montessori Balfron 10k starts at 11am from Balfron Campus. Demand for places is high but there is still time to enter on line and check out the website atwww.balfron10k.org.uk Fantastic prizes. It’s a great day out for all the family.